PUBG Mobile’s well-known sequel named PUBG New State is already in talks for a very long time. Also, there are several additions and Updates teased out by the officials, and it is also clear that PUBG New State is futuristic based on the year 2050. However, the developers of the game are doing several tests for better enhancement. But, now PUBG New State officials have formely announced the pre-registration for Android and iOS users.

What is PUBG New State, and What will players receive after pre-registration?

PUBG New State is mainly a Sequel version of PUBG Mobile, which feels futuristic events and rewards. It directly feels you the vibes of the year 2050 and Enrolls different In-game items. However, if we talk about the Welcome rewards, it is officially confirmed that the Players who pre-register for PUBG New State will surely get a huge variety of in-game rewards.

After a very long testing phase, the game officials have announced Pre-registration for All-new PUBG New State for Android and iOS. Also, they have mentioned a separate URL for both platforms. However, if we talk about the Procedure to do the Registrations, so, follow the below-given steps – 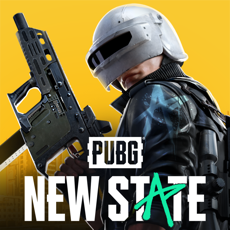 Hopefully, we can now expect you all guys to have Accurate content about PUBG New State Officially Started Pre-registration for Android & iOS – Here’s the full Procedure for Registration. And, also well-known about What are the other details regarding PUBG New State Pre-registration. With Response to this, If any user has any queries, share them with us in the comment section below.